Follow Up Phone Call after an Interview – What To Say

Many interviewees think that the interview process is done and over once the personal face to face interaction is completed. However, this is not the case.

The job interview is just part of the interviewing process. Once the personal interview is done, the company goes into thinking and evaluating mode and begins to decide among all the options that it has.

So, after the interview what’s next? How do you follow up?
What would you do when there is no response after an interview or no call (or update) from the company after a certain time?
Read on…

Yes, you should call after an interview. However, performing a job interview follow up phone call requires considering some aspects:
Ask them
One of the first things to do when your interview is done is to ask when it would be appropriate to call them or when you can expect a call. The best time to put across this query is at the tail end of the interview when it  is being wound up. The most crucial necessity is to ensure that the atmosphere is positive, while asking this query.

Timing
Another important aspect is to chalk out a time when to call. The best time to call the interviewer or the company is after lunch or an hour before closing time. This will ensure that you have a comfortable timeframe to speak to the interviewer.

Keep it short
However, the most important thing to remember is that the phone call itself should be succinct and should not veer away from the matter at hand. The conversation should be brief and to the point.

To sum up, all the above things you do after the interview will space out your interaction with the interviewer by at least a week.
Of course, the timeframe to call the company or the interviewer depends on whether or not you receive a reply from the employer.

Interview Failures – Why an interview may fail? 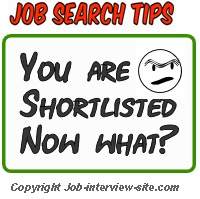 You are in the Shortlist of the Job Application Process, Now What? 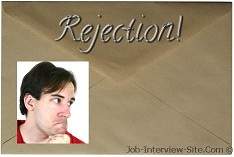 How To Overcome A Rejection Letter after Interview?